Stop & Shop “Holiday Boxes” are hand-picked care packages of essential food items, which can be donated directly to local food pantries and neighbors in need. About 100,000 Holiday Boxes are donated annually to communities.

Stop & Shop donates over $28 million in product and financial support to fight hunger. In addition to the Turkey Express program, Stop & Shop continues to fight hunger through the Food for Friends campaign, which will raise more than $2 million this year for more than 300 local hunger relief organizations. 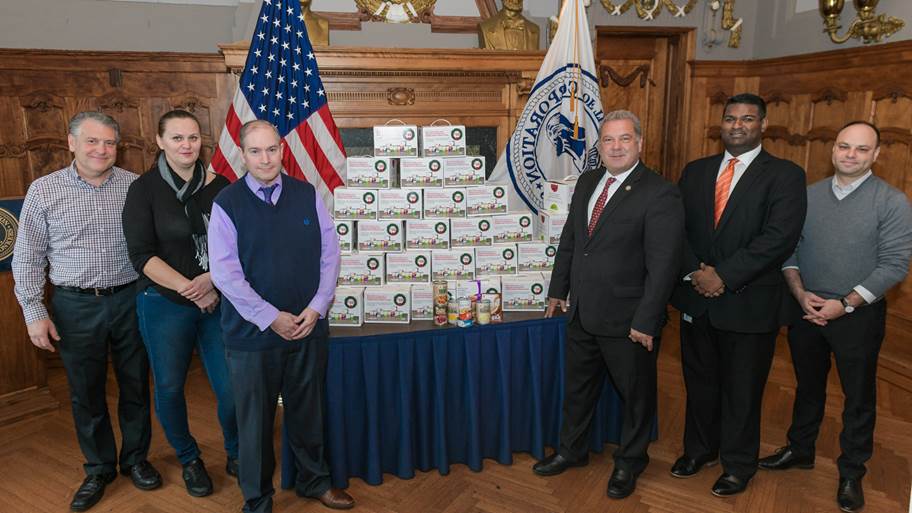 YONKERS, NY – November 19, 2019 – The Human Rights Campaign Foundation, in partnership with the Equality Federation Institute, today released its seventh annual Municipal Equality Index (MEI), the only nationwide rating system of LGBTQ inclusion in municipal law and policy, scoring the City of Yonkers with a perfect 100. Yonkers was one of four cities in New York to receive a perfect score and one of 88 nationally.

“Our administration works tirelessly toward full equality amongst our residents and employees,” said Yonkers Mayor Mike Spano. “We are once again extremely proud to continually be part of the growing list of communities with a perfect score on the Municipal Equality Index. Our rating reflects diversity as Yonkers’ greatest strength and the respect we have for one another, regardless of who you love.”

Michael Sabatino, Yonkers City Council Majority Leader stated, “As a member of the LGBTQ community,  I am proud to know that Yonkers was one of 88 out of 506 cities nationwide to score a perfect score on the Municipal Equality Index.   We can attribute this to the hard work of Mayor Spano’s administration and the Mayor’s LGBTQ advisory board.   Yonkers is truly a culturally diverse city where our residents are respected and embraced regardless of their ethnicity, religion, gender or their sexual orientation.   We promote a safe environment that allows everyone to co-exist and creates an atmosphere that allows all to contribute to the betterment of the City of Yonkers. Our second pride festival was a huge success having been supported by the community at large.  Congratulations to all.”

The 2019 MEI reveals that cities across the nation are not waiting for their states to extend vital protections to the LGBTQ community, nor are they intimidated by some state elected officials threatening to deny cities the ability to extend fully-inclusive protections to their residents and workers. This year, 88 cities earned perfect scores for advancing fully-inclusive policies and practices — at a time when the nation has been seeing a record number of anti-LGBTQ measures proposed by state elected officials bent on promoting discrimination.